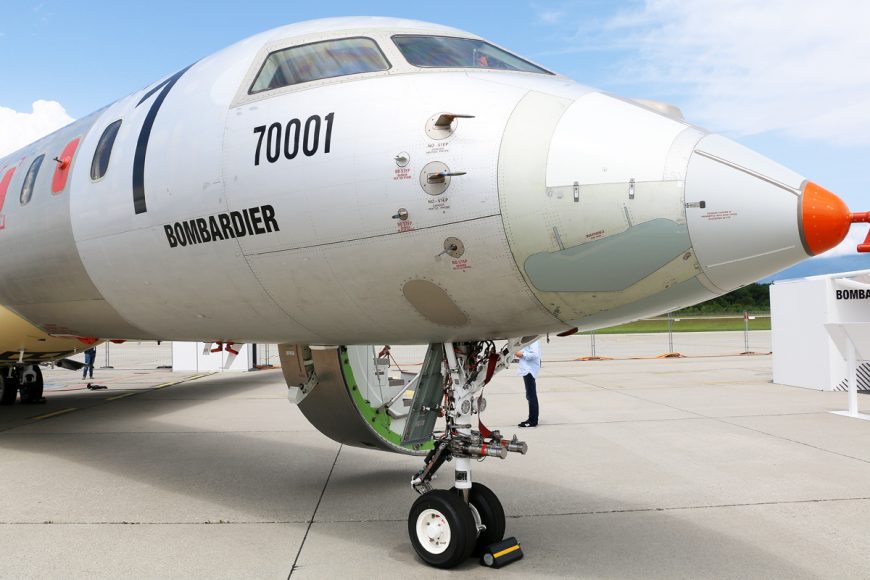 Bombardier was clearly the talk of EBACE 2018. The Canadian manufacturer used Europe’s largest bizav event to launch two new models as well as the renaming of its forthcoming flagship. ‘Profoundly reshaping’, ‘category-killing’ and ‘dramatic’ were just some of the responses to the unveiling of the new Global 5500 and 6500, which are set for certification and entry to service by the end of 2019. The new models are seen as Bombardier’s response to the Gulfstream G500 and G600, which are due for first deliveries this year.

The Global 5500 and 6500 are direct developments of the Global 5000 and 6000 models but with new engines and new wings. Both aircraft will be powered by Rolls-Royce’s newly announced Pearl 15 engine and the enhanced models will offer ranges that exceed the competing Gulfstreams. The aircraft also boast a number of cabin enhancements, improved fuel burn and increased maximum speed, which is due largely to a redesigned trailing edge to reduce drag.

The Global 7000 on display in the EBACE static park was marked as the Global 7500 following the programme’s rebrand. The name follows the manufacturer’s confirmation of performance enhancements forecast upon service entry. The 7500 is a direct competitor to the Gulfstream G650ER but exceeds the Gulfstream’s 7,700nm (14,260km) range and matches its maximum speed of Mach 0.925 (1,133kmh).