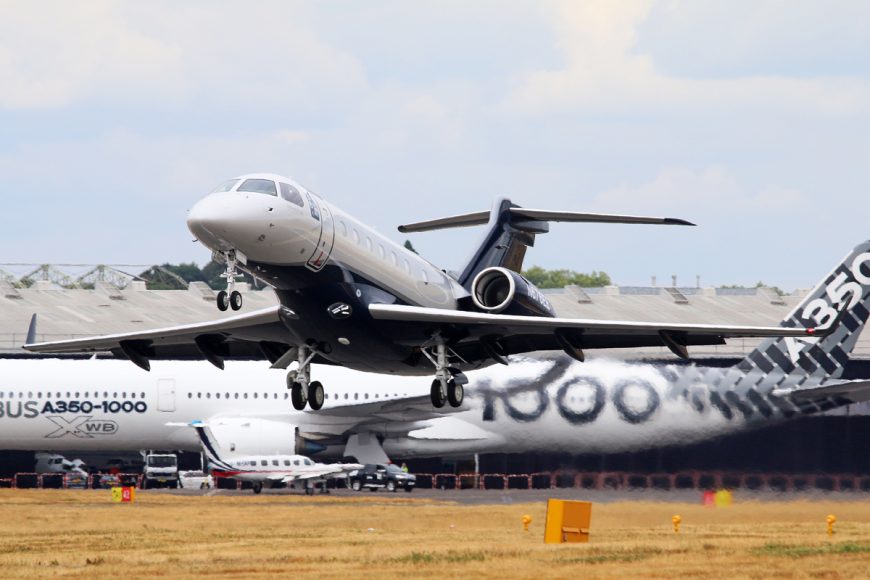 This year’s biennial Farnborough International Airshow (FIA) ran from 16th – 22nd July with the first five days being dedicated to the trade show. The 2018 edition of the show featured a whole host of commercial and military hardware, both fixed wing and rotary and was used by OEMs to announce billions of dollars of orders. Visitors to this year’s event were the first to use the new dedicated permanent exhibition centre which replaced the prefabricated structures previously used.

FIA boasted a substantial presence from business aviation OEMs. Gulfstream’s new G600 twin made its Farnborough debut after displaying at EBACE in Geneva in May. The G600 joined examples of the G650ER, G500 and G280 on static display in Hampshire. In addition, Qatar Executive used FIA to unveil its first G500 which will join its dedicated VIP charter fleet. Brazilian manufacturer Embraer brought a Legacy 500 to FIA and this aircraft took part in the daily flying display along with the company’s EMB-190E2 commercial airliner painted in a distinctive shark themed ‘Profit Hunter’ colour scheme. The company also provided a Phenom 350 for the static.