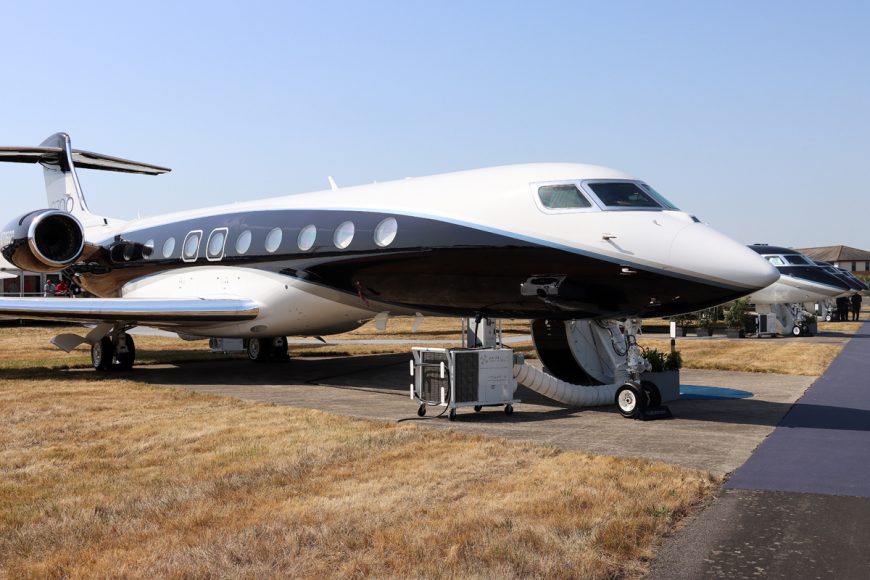 The heat is on … impressions of Farnborough 2022

The first ‘in person’ Farnborough International Airshow (FIA) since 2018 took place during a week when England recorded its highest ever temperature. It may have been the hottest Farnborough on record, but the biennial show seemed less ‘busy’ than in previous years, while the lack of large commercial airliner orders (with a couple of exceptions) seemed to emphasise continued uncertainty.

While the exhibition halls and chalets were busy, the static displays were more limited than in previous editions. On a positive note, there was considerable attention and exhibition space given over to every aspect of sustainability – from sustainable aviation fuel (SAF) to electric and hydrogen powered designs.

In terms of business aviation, Gulfstream provided the star of the show; its new flagship G800 made its first overseas foray. The OEM further provided a line-up of G700, G650, G600 and G500 in the static display. Dassault also provided a Falcon 8X and a full-size cabin mock-up of its new Falcon 6X. Aside from these, the bizav profile was limited to Farnborough’s usual steady stream of based and visiting bizjets using the facility before and after the truncated daily flying display.

RANA Director Brian T Richards, who visited the show on its second day, said: “This year’s FIA certainly accurately reflected an industry emerging from the pain of the pandemic. The flying display could be used as a metaphor for this – muted and tentative, with onlookers harking back to more positive times.”