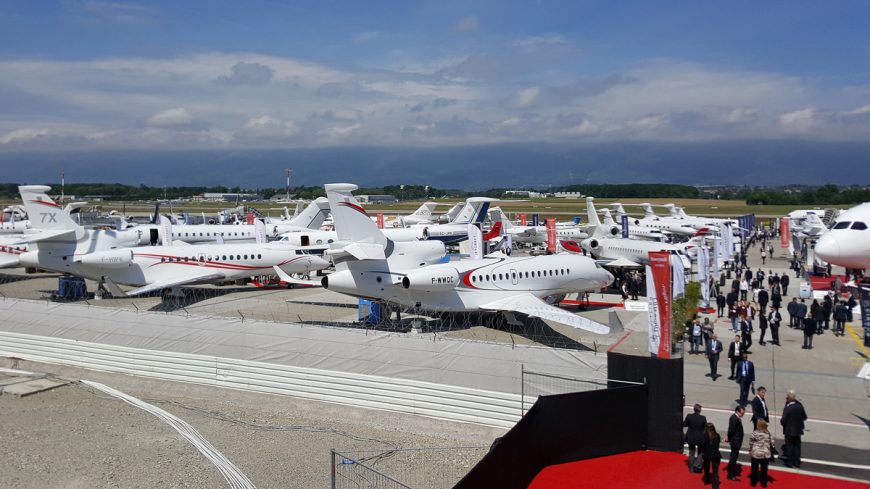 EBACE (European Business Aviation Convention & Exhibition) returned to the Palexpo site adjacent to Geneva’s airport from 24 to 26 May at a time when the continent’s corporate aviation sector is once again grappling with both economic and political turbulence.
The opening session featured former French Foreign Minister and co-founder of Médecins Sans Frontières Bernard Kouchner, European Aviation Safety Agency (EASA) Executive Director Patrick Ky and Channel IT Group CEO Bassim Haidar. A common theme from each of the keynote speakers was an emphasis on business aircraft being “an absolute necessity” rather than a luxury item. The continued development of the industry was absolutely crucial to their work.
This year’s event, according to organisers, had the largest ever exhibition footprint and featured the usual talks, panels and educational sessions along with the opportunity to view the latest designs and technology. European Business Aviation Association (EBAA) CEO Fabio Gamba said: “This year’s show was a terrific success, characterised by a full exhibit floor, with lots of business getting done; it’s an affirmation that EBACE remains Europe’s most important industry event.”

The bare statistics were certainly impressive – 60 aircraft on static display, 450 exhibitors from 40 countries and 13,000 attendees. The static park saw all major manufacturers out in force. The Honda Aircraft Company marked the EASA certification of the HF120 HondaJet by displaying its first European-registered aircraft (M-HNDA). Boeing dominated the line-up with a 787-8BJ while rival Airbus, not to be outdone, announced the VVIP version of its A350-9 airliner with Easyfit outfitting. Gulfstream also made headlines by flying both the G450 and G550 to Geneva from its Savannah, Georgia, headquarters using renewable (i.e. bio) fuels.

Swiss manufacturer Pilatus briefly displayed its groundbreaking PC24 twinjet, which was taking a break from intensive pre-certification testing. Also making its EBACE debut was Dassault’s new flagship Falcon 8X due for imminent certification and entry into service later this year. Bombardier displayed a full cabin mock-up of the new Global 7000, while confirming that US fractional specialist Flexjet was the customer behind an order for 20 Challenger 350s announced in April.