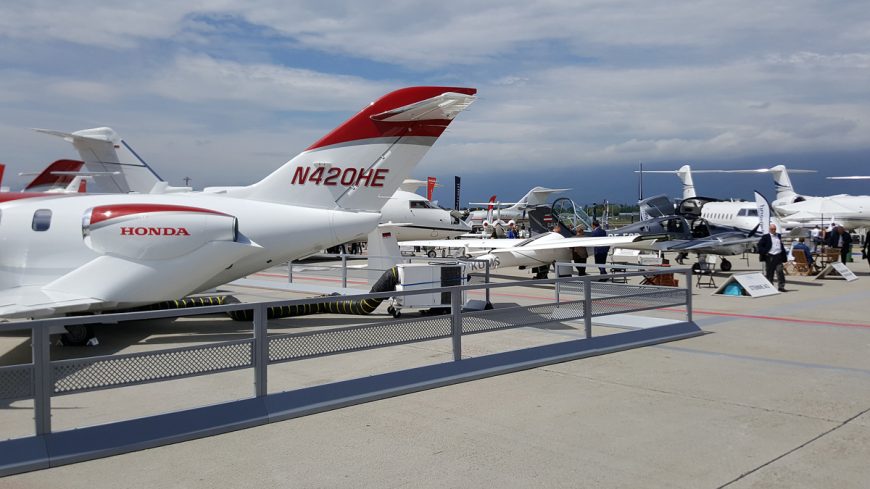 HondaJet grabbed the headlines at ABACE by making its debut appearance in China. Although manufacturer Honda Aircraft has yet to initialise the process of applying to certificate the HondaJet with Chinese regulator CAAC, its appearance at ABACE targeted what it views as a substantial potential local market for the light jet. By the end of March 2017 the company had delivered some 37 aircraft after securing FAA certification in December 2015 and EASA in May 2016. After ABACE, the HondaJet continued its demonstration tour with stops in Hong Kong and Taiwan. The HondaJet can seat up to six passengers with a single pilot.