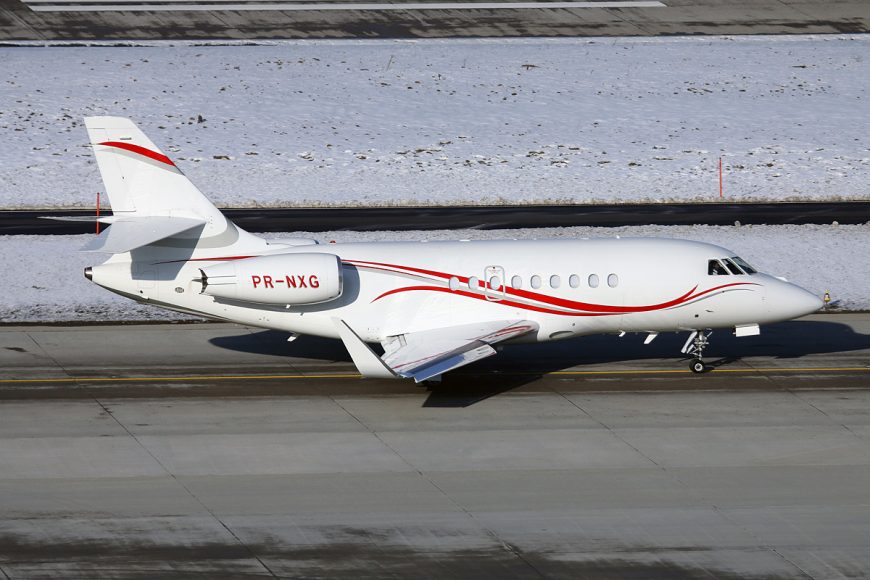 This year’s LABACE – the 14th Latin American Business Aviation Conference & Exhibition – could have been a gloomy affair. After all Brazil, the continent’s largest market for corporate aircraft, has continued to suffer from a contracting economy in the decade since the global financial crisis. This has been exacerbated by political instability and the currency that remains weak amid continuing uncertainty.

Despite this, LABACE 2017 – organised by 3H on behalf of the Brazilian Association for General Aviation (ABAG) – featured 50 aircraft in the static display along with some 130 exhibitors at São Paulo Congonhas airport from 15 to 17 August. Visitor numbers were also slightly up on last year’s 10,000.

There are now some positive economic signs and these were reflected in statements made during the show. The economy is growing and inflation is at its lowest level for nearly 20 years. Data from US analyst JETNET suggests that the business aviation market grew by just under 3.5% in the first half of this year. Latin America remains the third largest corporate aircraft marketplace after the US and Europe and the general aviation market is essential in a region that is underserved by commercial airlines.

ABAG chairman Leonardo Fiuza noted: “Business aviation is tied to the country’s economy; they go hand in hand, and that’s never been more true than recently. There have been reverses, but the industry has shown resiliency, the ability to recover … Brazil is a country of continental dimensions, and thousands of cities count on general aviation, the only form of transportation that reaches everywhere.”

Manufacturers including Bombardier were equally bullish, not only for the improving prospects for sales in Brazil but also in traditionally strong markets such as Mexico and Argentina.