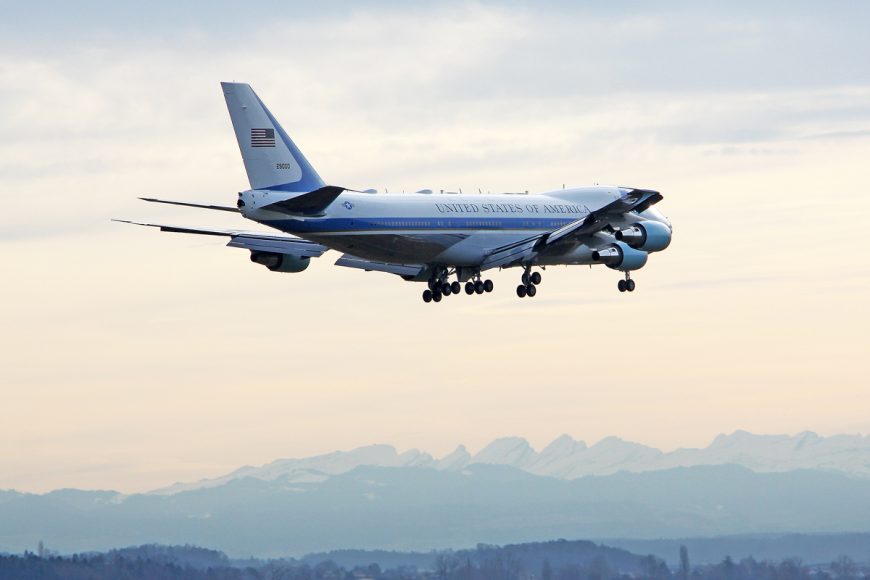 The 2018 annual general meeting of the World Economic Forum (WEF) in the Swiss mountain resort of Davos was the first to be attended by a sitting President of the USA since Bill Clinton hit the slopes in 2000. The appearance of ‘anti-globalist’ Donald Trump was much more of a surprise – his former strategist Steve Bannon, after all, once used the phrase “the party of Davos” as a byword for his enemies.

Perhaps in deference to ‘The Donald’, the weather in Zurich – the closest hub to Davos -– remained unseasonably warm, providing respite to the hundreds of photographers and the curious who turned out to see the arrival of ‘Air Force One’ on 25 January.

The WEF always provides a boost to business aviation and this year was no exception. An estimated additional 1,000 corporate jet flights were once again handled by Zurich and other convenient locations including Dübendorf, Friedrichshafen, Samedan/St. Moritz and Altenrhein.

Brian T Richards, director of Sovereign’s aviation division and veteran monitor of WEF traffic noted: “The dominance of large cabin aircraft, particularly the Global Express, Gulfstream G550 and G650 and Falcon 7X, remained as pronounced as ever. This year however, traffic at Zurich seemed busier than previous years with a notable increase in aircraft from charter/programme specialists including VistaJet and Luxaviation.”