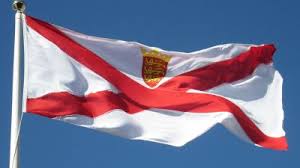 After last month’s news of the relaunch of the Jersey Aircraft Registry (JAR) in partnership with TrustFlight (Jersey) Ltd., JAR General Manager Sebastian Lawson has provided Airborne with more detail on the registry’s use of TrustFlight’s blockchain technology, which enables the instant validation of certificates and documents using storybook verification.

“Following Jersey’s relaunch of its aircraft registry there are multiple aircraft in the pipeline for registration in the coming months,” said Lawson. “Due to its new software, which facilitates easy aircraft registration services across the industry, the JAR is entering an exciting new phase that is enabling Jersey to compete successfully in the aircraft registry market. Only weeks from the registry being first re-launched JAR has already surpassed its previous registrations, clearly showing the power of the technology.”

“Keen to ensure the best experience for users, the TrustFlight team is already working on an expanded set of tools to help all aircraft owners and management teams to transition and register aircraft with ease. This functionality will become available in the coming months and into the autumn. With a similar set of requirements to most offshore registries, but a dramatic difference in technology, the JAR now offers a drastically improved experience coupled with the innovation that has been craved by so many in the industry for so long. Membership options are also provided by the JAR, offering owners a suite of packages with benefits you won’t find in other jurisdictions,” he added.