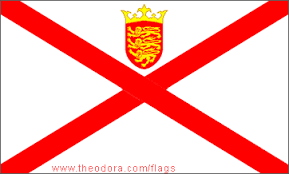 The Jersey Aircraft Registry (JAR) was relaunched last year as ‘the world’s first blockchain registry’ under a new partnership model between the Ports of Jersey and IT specialist TrustFlight (Jersey). But the JAR has again failed to gain any momentum and TrustFlight has now withdrawn from the operation. There are just three active aircraft on the registry – a Cessna Citation CJ4, a Beechcraft Baron and a BN Islander – and sole responsibility for the JAR has reverted to the Ports of Jersey.

By way of comparison, the Guernsey Aircraft Register ­– generally known as ‘2-REG’ – boasts just under 300 current aircraft and has been particularly successful in registering dormant commercial airliners between leases. The original plan was for Jersey and Guernsey to operate a joint Channel Islands’ registry, but the two islands failed to reach agreement after protracted negotiations and Guernsey went it alone. 2-REG was launched in December 2013, with the JAR following two years later. 2-REG is run as a public/private partnership between the Guernsey government and Amsterdam-based SGI Aviation, a subsidiary of US venture capital firm Seabury Capital.

If comments in the press are to be taken seriously, the JAR is currently viewed locally as “a vanity project” and “an embarrassment” having cost almost £1 million to set up with negligible return.  According to Deputy Kirsten Morel, minister at the Economic Development Department, the Jersey government is refocusing the registry to help develop a ‘sustainable and low carbon’ aviation sector. Morel said a decision on the continued viability of the JAR would be made by December 2022.