The Boeing 747, through its various marques is and has been for many years the world’s largest corporate jet. The first 747 entered commercial service with Pan Am in 1970. Since then it has undergone developments and enhancements designed to improve performance, capacity and range. The 747 is the iconic ‘Jumbo Jet’ or ‘Queen of the Skies’ and a substantial number remain in commercial service as both passenger and cargo aircraft.

In 2007, the title of ‘the world’s largest corporate jet’ seemed under threat with the order for a private double deck Airbus A380 from Saudi businessman Prince Alwaleed bin Talal al-Saud. This threat remained just that as the order was eventually cancelled by the manufacturer in late 2014 and the aircraft remained without its much-heralded customised interior.

The Boeing 747 has proved popular with both heads of state and air forces around the world and a number of both first and second generation aircraft remain in service. Unlike the 747-8 referenced below, many of the 747s in VVIP service are converted commercial airliners which have found a new lease of life in the executive role. These aircraft were obtained at relatively low cost, refitted and then operated by governments eager to exploit the 747’s range and capacity.

In the 1970s and 80s the 747SP – the ‘Special Performance’ version – found favour with governments particularly in the Middle East keen to have an aircraft with substantial range coupled with a large cabin. These are the operators who subsequently upgraded to the larger Boeing 747-400 which has become the mainstay for head of state flight departments in Saudi Arabia, Kuwait, Oman, Bahrain and the UAE.

The latest and largest version of the 747 and the world’s longest commercial aircraft – the 747-8 has found little favour with airlines. Just over 100 examples have so far been delivered – a substantial proportion of that number are the dedicated freighter version. A striking statistic however is that just under 10% of the total orders are for the 747-8 VIP. The 747-8 is the third generation 747 model and features a noticeably lengthened fuselage, redesigned wings and enhanced performance. The project was announced in 2005 and the first 747-8i passenger aircraft was delivered in 2012.

The 747-8 VIP has provided companies specialising in high specification cabin outfitting with a real bonanza. Preparing an aircraft of this size with its customised VVIP interior is an expensive and lengthy process. Most 747-8 VIP aircraft have been ordered as ‘head of state’ aircraft and virtually all will be based in the Middle East as they replace earlier versions of the 747 in that role. After cabin outfitting which can take several years, deliveries have begun. It was confirmed in January 2015 that the US Air Force has identified the 747-8 VIP as the future replacement for the 747-200s which act as presidential transports and are identified as ‘Air Force 1’ when the President is aboard. 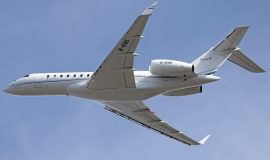 A new and challenging ‘normal’ is beginning to emerge for business aviation, as aircraft traffic… 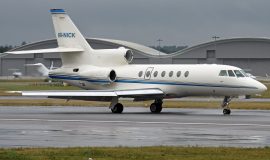 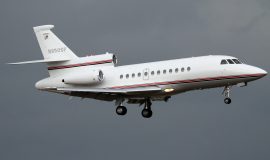 Business traffic beginning to claw its way back