Gulfstream’s first flagship G650 was delivered in December 2012. This original G650 offered impressive range – 7,000 nautical miles – 12,964km. Just over a year later, the manufacturer went one further and unveiled a new version. The G650ER can fly 500 nautical miles (926km) further. In practical terms this allows the aircraft to fly non-stop from New York to Hong Kong or Dubai to Dallas. Externally, the G650 and G650ER are identical. The additional range comes through an additional 1,810kg fuel capacity and of course increased MTOW. The G650ER offers a combination of both range and speed. At a maximum speed of Mach 0.925 the aircraft is only surpassed by the smaller Cessna Citation X+ – the world’s fastest commercial aircraft in any class.

According to the manufacturer, at the end of 2015 a total of 145 G650s were in service. Of these, 105 were the baseline G650 with 40 offering the extended range. This worldwide G650 fleet has accumulated more than 78,000 hours and 29,000 cycles. A glimpse at the list of G650s delivered worldwide shows not unexpectedly that the vast majority of aircraft are registered in the USA. A number of corporations have upgraded from earlier Gulfstream marques to take advantage of the G650’s larger cabin size, speed and range. Nearly 10% of the aircraft bear Isle of Man registrations – testament to the enduring growth of this ‘offshore’ private registry. One of the more significant recent deliveries was a G650ER to the government of Gabon for use as a head of state aircraft. This follows the use of a G650 by the government of Jordan. The use of the G650/ER in this role looks set to grow with the order book.

There is a cloud on the horizon as the G650ER looks set to surrender its crown as ‘the longest range corporate jet’ to Canadian manufacturer Bombardier. The Global 8000 is being marketed as ‘The new pinnacle in business aviation’. When it enters service (estimated currently at 2019), the aircraft will offer a range of 7,900 nautical miles – some 14,631km. There is talk of increasing that range still further with the addition of the option of an additional fuel tank. It will be interesting to see how Gulfstream and the G650 respond to the challenge. 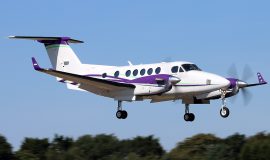 In a particularly galling move for the authorities in Jersey, the last aircraft on the… 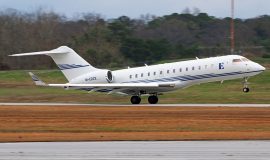 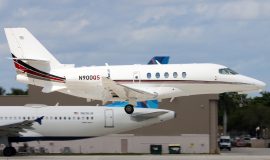 NetJets, the largest fractional aircraft provider in the world, will boast a fleet of close…