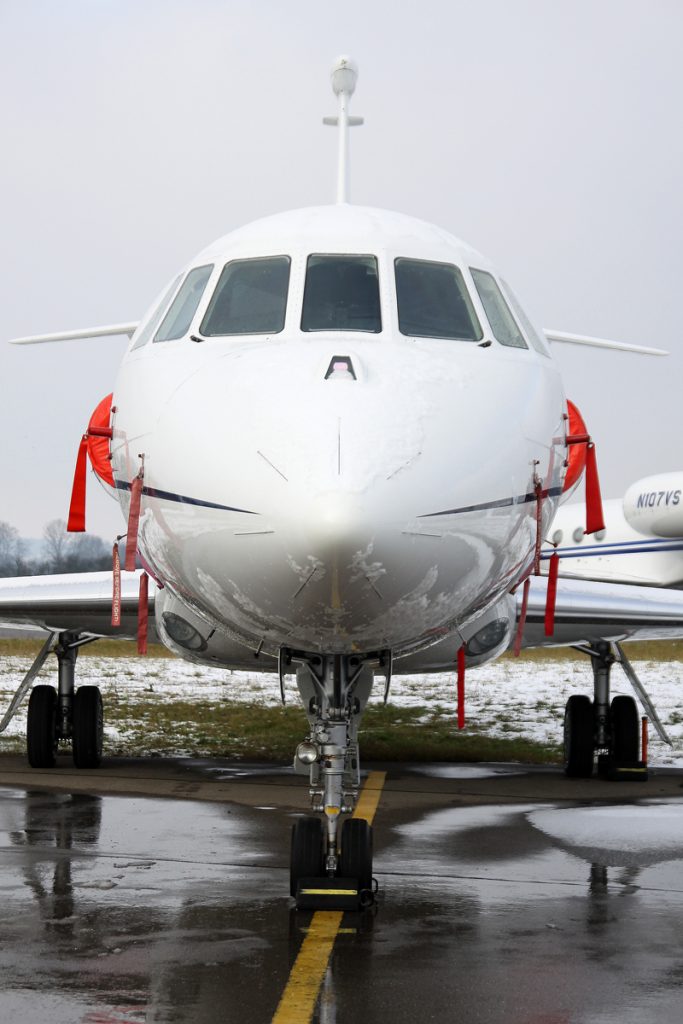 This year’s ‘National Business Aviation Association – Business Aviation Convention & Exhibition‘ (NBAA-BACE) opened in Las Vegas just 10 days after a mass shooting in the city that left some 58 people dead. Not surprisingly, security was enhanced and the mood of the show on opening day was described as “sombre but resolute”.

The NBAA is celebrating its 70th anniversary this year and celebrations to mark this milestone were in evidence throughout the three-day event. Visitors to the Las Vegas Convention Centre were greeted by a huge 3D birthday card to mark the occasion, while the large static display at Henderson Airport featured a number of historic aircraft, including the iconic Douglas DC3.

NBAA-BACE 2017 attracted some 1,100 exhibitors and an estimated 27,000 visitors. Unusually, none of the major manufacturers elected to launch a new model at the event but the static display featured three designs making their NBAA-BACE debuts – the Bombardier Global 7000, Gulfstream G600 and Pilatus PC-24. It was clear that investment continues in evolving programmes and certainly there were sufficient announcements to allow us to produce bumper Corporate Aircraft News in this month’s edition.

NBAA-BACE also featured a host of educational sessions aimed both at current practitioners and the next generation. The sessions also included industry legends, Hudson River hero-pilot Capt. ‘Sully’ Sullenberger and astronaut Capt. Jim Lovell, who both spoke out against the proposed Air Traffic Control (ATC) privatisation.

There was also in-depth analysis of the state of the corporate jet market, in both the US and further afield. The key findings can broadly be summarised thus: traffic levels have not yet returned to pre-global financial crisis highs; market predictions continue to fall; there are a large number of pre-owned aircraft available; manufacturers are continuing to invest but they are working on new models that they have already announced.

NBAA-BACE continues to surprise and stimulate interest in the industry. NBAA CEO Ed Bolen said: “As we draw the curtain on NBAA-BACE 2017 and our 70th anniversary, we leave Las Vegas inspired by the passion and dedication in the business aviation community, and excited for the industry’s future.”