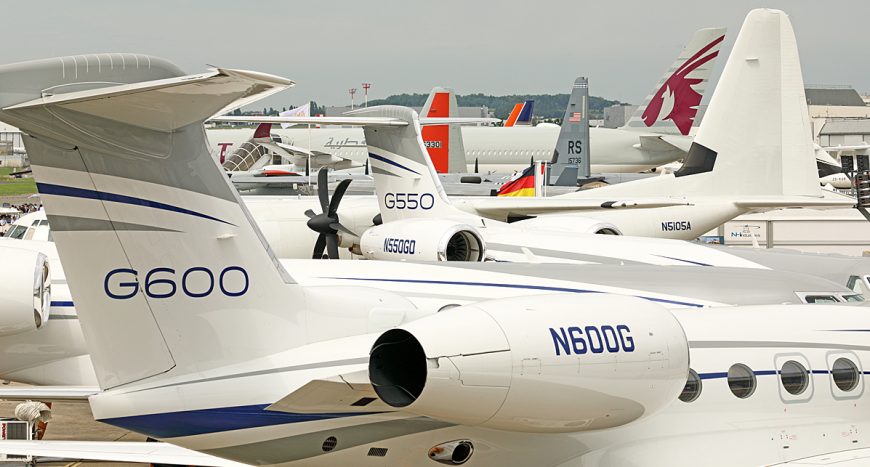 The biennial Paris Air Show generated positive headlines although, perhaps predictably, it was dominated by the great rivalry between European manufacturer Airbus and the US plane maker Boeing – not least given the current grounding of Boeing’s 737 MAX family of aircraft.

Aside from the ‘A versus B’ contest, the buzzwords in Paris were eVTOL (electric vertical takeoff and landing) aircraft and sustainable fuels for both commercial and business aviation. In terms of corporate aviation, this was not the forum for OEMs to deliver new programme announcements – but the investment and belief in Paris as a showcase was clear.

Gulfstream’s new G600 made its show debut just a few days before receiving both type and production certification from the FAA. The G600 joined a full line-up of business jets from Gulfstream – the G280, G550, and G650ER. Also appearing for the first time was Bombardier’s new flagship Global 7500. French manufacturer Dassault Aviation displayed the Falcon 8X, 900LX and 2000S on home soil.

RANA’s Middle East representative Paul Arnold, who attended the show, said: “Rarely has there been this much news presented to the aviation industry than at the 2019 edition of the Paris Air Show.  The world’s corporate, low-cost operators and leading global carriers were all keen to reveal details about aircraft they are adding to their fleets. New generation Mitsubishi Aircraft Corporation and a range of ATRs and Embraers were the stand-out models leading the business headlines.”