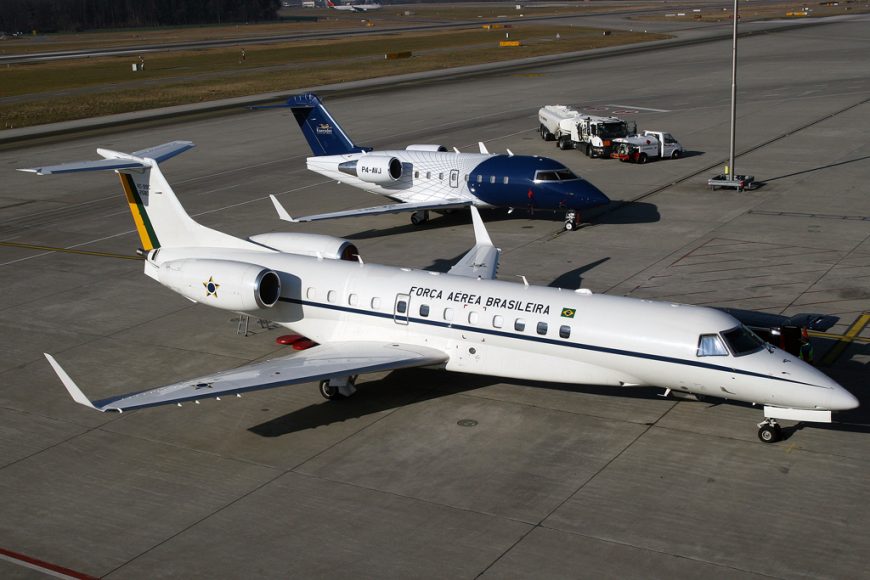 The timing of this year’s LABACE show in São Paulo coincided almost to the day with the 50th anniversary of the establishment of Brazilian manufacturer Embraer. Empresa Brasileira de Aeronáutica was established on 19 August 1969 as a state-owned corporation producing aircraft solely for the domestic market. An example of its first model – the iconic twin turboprop Embraer EMB-110 Bandeirante – was on display at LABACE.

Embraer was eventually privatised in December 1994 although the Brazilian government continues to hold an interest. The company has been involved in the manufacture of military transports, trainers and fighters, as well as commercial airliners ranging from small turboprops to regional jets and executive jets.

The popular Legacy 600 was initially unveiled at Farnborough 2000 and then launched by the dedicated Embraer Executive Jets business unit in 2002. The company has subsequently launched families of aircraft in the light-mid-size range like the Phenom 100 and 300, larger twins such as the Legacy 450 and 500 (and latterly the Praetor 500 and 600) along with the enhanced Legacy 650 and large cabin Lineage 1000.