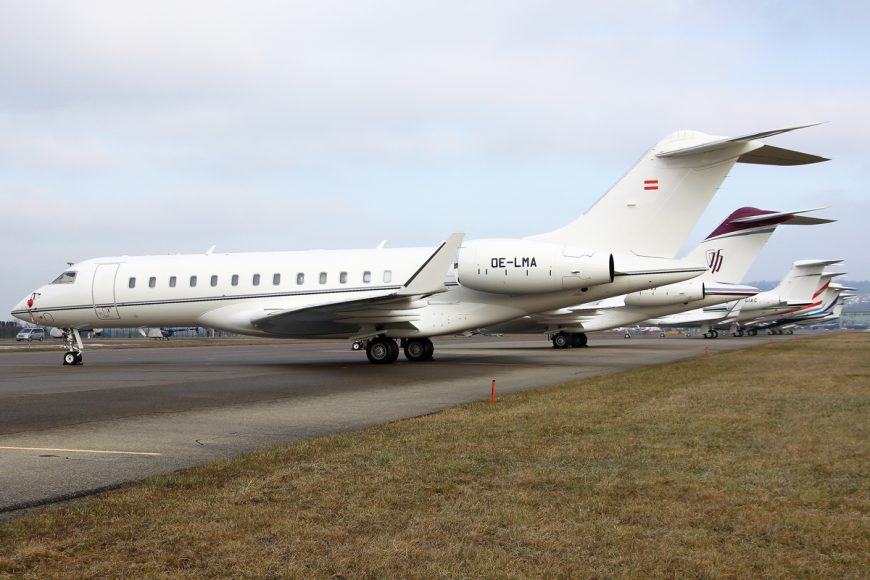 Flying in the face of flygskam – the Swedish term for ‘flight shaming’ – the world’s business, political, academic and other leaders, once again descended on the Davos Klosters resort in the Swiss Alps for the annual World Economic Forum (WEF). This year’s event was the 50th and took place from 21-24 January in the highly fortified conference venue at the centre of Europe’s highest town.

Most attendees elected to eschew flygskam and arrived in their droves in bizjets of all shapes and sizes, which thronged ramps in Zurich and nearby Dubendorf along with fields as diverse as Munich, Basle, Turin, Altenrhein and Friedrichshafen. FBOs saw no reduction in requests for their services and the world’s aviation photographers took advantage of some unseasonal sunshine to capture many exotic arrivals. Star of the show for many was the arrival of the two VC-25A aircraft of the US Aircraft, one of which used the call sign ‘Air Force 1’ with President Trump aboard.

This year’s event saw notable commitments from the corporate aviation sector to highlight its sustainable credentials. The Business Aviation Coalition for Sustainable Aviation Fuel (SAF Coalition) joined forces with WEF and Zurich Airport to make Sustainable Aviation Fuel available to aircraft departing from Zurich. In addition, operators flying in for the event from three airports on the US east coast were able to purchase supplies of SAF even if not physically available at those gateways at the time of travel. The operator will receive a credit at time of purchase that can be redeemed for SAF when travelling through Van Nuys in California.